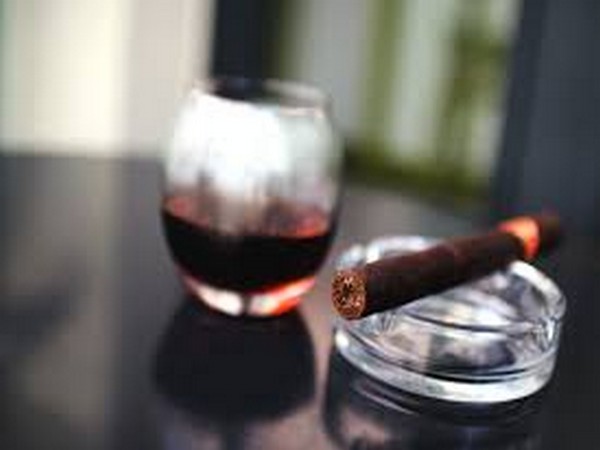 Washington D.C. [USA], Jan 20 (ANI): Children born to mothers who drank and smoked beyond the first three months of pregnancy have 12 fold increased risk for sudden infant death syndrome (SIDS) as compared to those who are unexposed or only exposed in the first three months of pregnancy, says a study.
SIDS is the sudden, unexplained, death of an infant under one year of age. Many studies have shown that the risk of SIDS is increased by maternal smoking during pregnancy.
Some studies have also found that prenatal alcohol exposure, particularly from heavy drinking during pregnancy, can increase SIDS risk.
Now, the National Institutes of Health (NIH) funded study provides a look at how SIDS risk is influenced by the timing and amount of prenatal exposure to tobacco and alcohol.
The study was published in the journal 'The Lancet'.
According to the first author Amy J Elliott, PhD, of Avera Health Center for Pediatric and Community Research in Sioux Falls, South Dakota, "Our findings suggest that combined exposures to alcohol and tobacco have a synergistic effect on SIDS risk, given that dual exposure was associated with a substantially higher risk than either exposure alone."
To conduct the study, a multi-centre team of scientists from throughout the US and in South Africa formed the Prenatal Alcohol in SIDS and Stillbirth (PASS) Network.
From 2007 until 2015, PASS Network researchers followed the outcomes of nearly 12,000 pregnancies among women from two residential areas in Cape Town, South Africa; and five sites in the US including two American Indian Reservations in South Dakota and North Dakota.
The study sites were selected for their high rates of prenatal alcohol use and SIDS, and to include populations where the ethnic and socioeconomic disparities in SIDS remains understudied.
The researchers determined one-year outcomes for about 94 per cent of the pregnancies. They found that 66 infants died during that time, including 28 SIDS deaths and 38 deaths from known causes.
In addition to the almost 12-fold increased SIDS risk from combined smoking and drinking beyond the first trimester of pregnancy, they determined that the risk of SIDS was increased five-fold in infants whose mothers reported they continued smoking beyond the first trimester, and four-fold in infants whose mothers reported they continued drinking beyond the first trimester.
These risks were in comparison to infants who were either not exposed to tobacco or alcohol during gestation or whose mothers quit tobacco or alcohol use by the end of the first trimester.
According to the co-first author Hannah C Kinney, MD, of the Department of Pathology at Boston Children's Hospital and Harvard School of Medicine: "The Safe Passage Study provides important new information about the role of dual exposures to prenatal smoking and drinking as risk factors for SIDS."
"Our findings support the current recommendation of the US Centers for Disease Control and Prevention, the US Surgeon General, and the World Health Organization that women not drink or smoke during pregnancy, and emphasizes the significance of dual exposure, which provides the greatest risk for infant mortality," concludes Kinney. (ANI)

Warning over iron tablets as study reveals they may damage the body in...

Levels of iron as seen in prescription tablets can damage cells' DNA Causes DNA repair systems to work harder than usual for ...

Side Effects Of Drinking Milk At Night

Here are six reasons why: Drinking a cup of warm water in the morning can heal your body by aiding digestion and preventing p...

Benefits Of Drinking Turmeric Water In The Morning

Turmeric is one of the ancient spice which is used in food as well as many traditions in India. It is full of nutrition and has nu...

Pregnant Woman Antibiotics Can Cause Risk Of Miscarriage

It has been found that antibiotics have increased the risk of marriage in early pregnant ladies. The link was found in many ...