Shally Kukreja
5 years ago
MEHNDI SWAG OF RANBIR KAPOOR IN ADHM IS LATEST TALK OF THE TOWN.......... 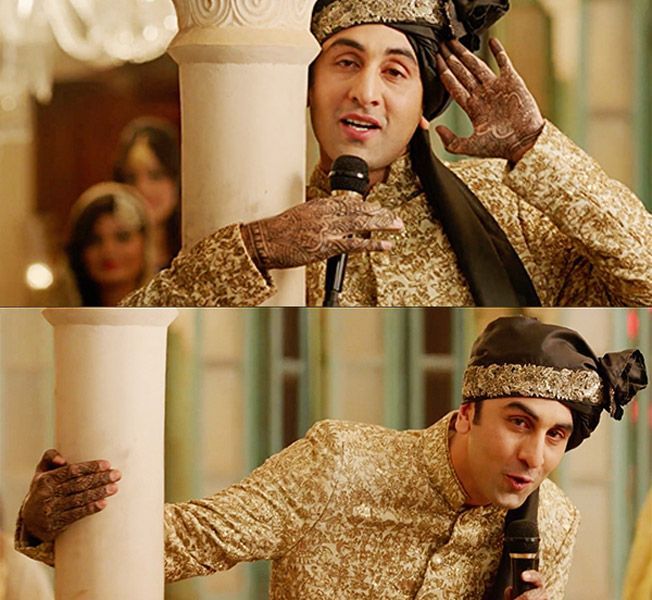 MEHNDI SWAG OF RANBIR KAPOOR IN ADHM
While some are calling Ae Dil Hai Mushkil, Ranbir Kapoor's big comeback vehicle, we simply can't take our eyes off the actor's stylish avatar in the movie. The mehendi bit is so eye-catching that for a moment you'll end up focusing only on that.
If his rock star persona in Bulleya, dapper look in the title track of the film were not enough, the actor is now breaking the internet with his mehendi filled hands in Channa Mereya, the new song from the film.
Looking suave in a cream Sabyasachi Mukherji sherwani and black safa, the actor is seen sporting henna in hands for the song, where Anushka's character is apparently getting married.

Trendy and Warm Dressing Ideas for the Winter Bride

Choosing the right outfit for a one’s own wedding takes quite a lot of time and effort and this becomes even more diffi...

Kareena Kapoor applies a light layer of honey to her skin, massages it for a few minutes and then washes it off.  She massag...

The Right Order to Apply Your Beauty Product

The Right Order to Apply Your Beauty Product: It seems like there's a new beauty invention to add to our routine every we...

5 Refreshing Beverages To Beat The Heat This Summer

The Tropical Getaway smoothie is one such Disneyland of flavors. Pinched with pineapple and oranges, this drink would make you rel...

Eyebrows Makeup Tips : How to Fill in Your Eyebrows to Get the Ideal L...

Eyebrows are an eloquent and significant element of appearance. Filling in your brows is one of those beauty steps where a tiny bi...

Eat for great The Healthy Skin Diet: Best Foods for Glowing Skin: The thing is that what we eat is the healthy food for ou...

Â  Signs That You Have Found The Perfect Guy

Are you confused whether your boyfriend is a keeper or a player .then here are some signs for you that will dictate that you have ...