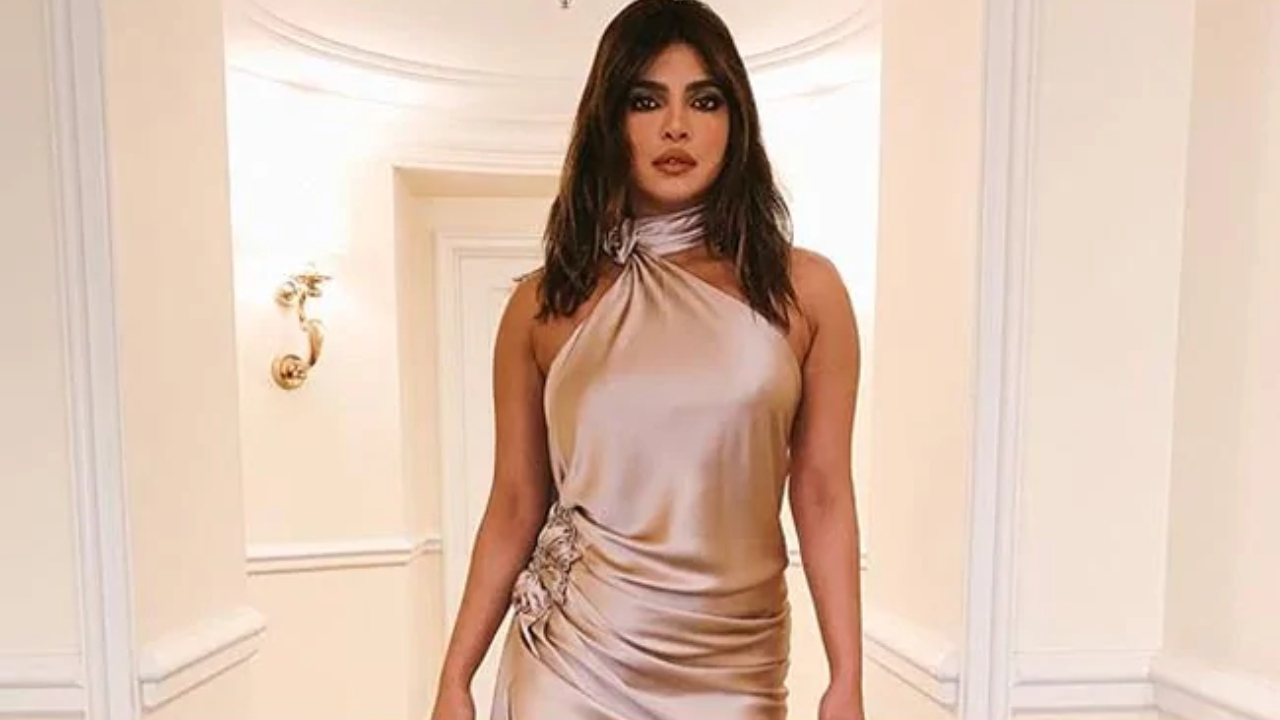 The musical event that lauds the best from the musicians and singers, Grammys 2002 is here. The entertainment night is also about a fair amount of glamour and fashion that stands out. Our ‘Desi Girl’ Priyanka Chopra is also all set to make a glittering appearance at the award show.

The global icon recently posted a scintillating picture of herself from pre-Grammys. We know that no one can beat PeeCee's red carpet style and this is no different.

The Fashion actress shared a photo pf her pre-Grammy’s party outfit where she is seen sporting a hot beige gown here as she posed in the passage of her lavish room. The satin silky backless, thigh-high slit gown was to the point and we can't imagine what could be a better choice of outfit for the starry event. She gave herself a smokey eye look, looking ravishing as ever! Here take a look at both her stunning pictures.

This year, Nick Jonas, Priyanka’s husband is performing at Grammys. The recently reunited Jonas Brothers announced some days ago that they would indeed be performing at the event and the fans were extremely joyous hearing the news. The

This year's event will also see performances of Demi Lovato, Billie Eilish, Ariana Grande, Lizzo, music icons Aerosmith, and a duet from Gwen Stefani and Blake Shelton. We can't wait to see what else the ceremony has it in its store.

Popular band Aerosmith will also be taking stage at the ceremony and will perform a medley of some of their legendary hits.

Alicia Keys, a recipient of 15 Grammy Awards, is returning as the host for the 2020 ceremony, which will be held on January 26.

How to Choose Clothes for Indian Winters

The winter breeze has started to blow and we can feel the chill during the morning and evening time. So it is the best time to pre...

With This grey Colour Crop Top This Floor Length gown just awsume.The crop Top of Net is base of this dress..without this ,simple ...

Why Fashion Is Important

Most of us think that fashion is wearing glamorous and trendy clothes, but fashion is about being unique in your own style of clot...

The New Year has just begun and you must have started stocking up your wardrobe with new clothes. Here we bring some of the fashio...

For the upcoming winter season, these are the trendy collection for the ladies....