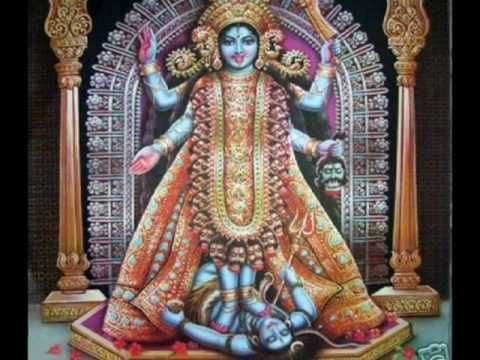 Kali, the mother goddess, as she defies all societal values with fierce passion and tenacious will. She can be the light, and yet she unleashes destruction in the darkness. She is unique because of her dualistic nature: on one end wrathful, and the other finding peace in the light. Kali is known for battling the giants, drinking the blood of their leader to prevent the rebirth of a thousand more, and when she won, celebrating with such a passionate victory dance that the earth trembled.In most imagery she is standing on top of her husband Shiva, as he lies passively attempting to placate her, with the giant's head in one hand, a sword in another, and yet another holding enlightened symbols showing her dualistic side. She is able to release her fierceness which opens the world to change. It is an inner transformation of recognizing her power from within. The severed head is symbolic of the cutting our ego, releasing our spirit, and finding our true self. It is through releasing the power of the ego, the concern of others, we will then strive to live on our own terms without fear of judgement.

Black and Golden Anarkali Suits: Anarkali suit, it's best for the marriage function. We can wear easily also on the traditiona...

Honey is a mixture of at least 600 different compounds, and health benefits of honey have innumerable values to it, all ...

Kalire are so much in trend But not many of you know the significance of wearing kalire. So here we are bringing some facts o...