Neha Thakur
6 years ago
As pollution levels hit a 3-year high in Delhi, an apathetic govt yet to act 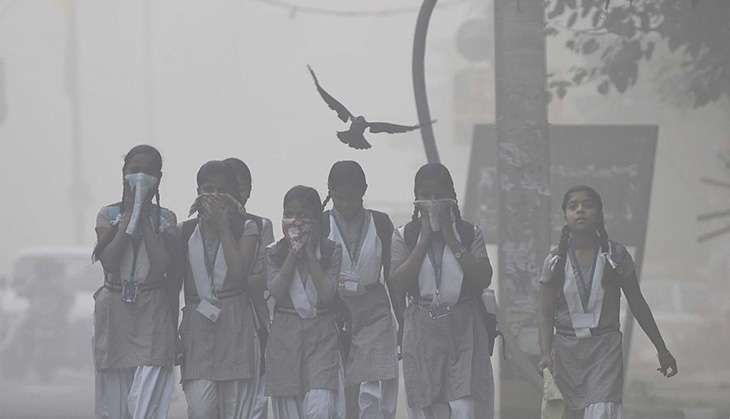 Air pollution in Delhi (as well as most of North India) this November has been the highest for the month in almost a decade. The post-Diwali pollution is the highest it has been in three years. Even though it's just November, some schools have already shut down due to the pollution.
GOVERNMENT APATHY?
It's no wonder that citizens are demanding strong action from the government. After all, the levels of the pollutant PM2.5, so small that it can enter your blood vessels through the lungs and reach the heart, were 14 times above safe levels in just this week.
But the government's response has none of this urgency. Even as people are demanding radical measures, including declaring a health emergency, a meeting on 4 November between top bureaucrats led to the same old promises.
The meeting between the secretary of the environment ministry, which holds the responsibility of implementing the Air (Prevention and Control of Pollution) Act, 1981, and secretaries from Delhi, Punjab, Haryana, Rajasthan, and Uttar Pradesh, has not led to any new pollution control plan than the one agreed to when pollution had peaked last winter.
Speaking to the press after the meeting, environment secretary Ajay Narayan Jha said that crop, burning, dust pollution, road and building dust, industrial and vehicular pollution were discussed at the meeting.

Combination of pink and white clothes

you can see how her lovely pastel pink pants, and white tee coupled with a small green leather bag made her look all blush pink at...

Air Pollution Can Cause Cancer

The WHO officials stated that outdoor pollution is capable of causing cancer in human beings. According to The international agenc...

Passion for acting saved me from casting couch: Vidya Balan

Bhansali was assaulted by activists of a Rajput community group, Karni Sena, who also vandalised the film set....

When you’re rushing to start the day, breakfast can easily be neglected. This often leads to unhealthy food choices througho...